lets you swap to lures to bait- Surf Perch Fishing

Hook2Cook is back and we are expecting some wind this late morning, we’re gonna fish. Last video we were blown off the water because all we brought were the five, eight-ounce Calissa suspending minnows. So those weren’t getting much casting distance at all when we were making our cast because the wind was pushing them down. So we’re probably getting only about 20 feet per cast 20-30 feet.

So today, we’re gonna do some Carolina rigging, which we don’t do much on this channel. So if you want to learn more about that, and what we use, stay tuned, this is going to be a good one. We are now about point seven miles in almost. And you could already feel the wind blowing a little bit this way. So hopefully this plan all comes together. From the parking lot to the sand. This is a good time to address it. We’re taking this social distancing seriously.

The plan is to fish the Calissa until the wind picks up and then throw on the Carolina rig and show you guys how we do it. Mario made a cast one cast and pulled up a pig. He was maybe five feet from shore when he snagged her. Mario spent about 15-20 minutes fishing that spot where Mario caught that beast. Check out his channel for that catch. It was a good one.

Alright, guys, we are three and a half miles in and the wind started picking up. So we’ll have to resort to the Carolina rig a little sooner than we thought. There is one way to do a modified Carolina rig which we’ll take a look at right now. And the person who showed a lot of people this method is a man by the name of Glenn Sales. He’s up in Monterey County, he catches a lot of striped basses. And he uses these tactical angler clips, just like we do. There is a method to do a modified Carolina rig that you can again switch on and off whether you want to switch between plugs and Carolina rig and you don’t want to mess with cutting off your leader or changing anything up like that. So let’s take a look at that.

This is essentially a Carolina rig without the sliding weight on the line. So there’s my leader pre tied with a hook and swivel- 6lb test copolymer. put the swivel on that angler clip and boom. The soft plastic of choice is going to be these crusteaz or the crappie sliders. These were first shown to us by Bob. Now you have your swivel on your ball weight one-ounce ball weight to about three and a half three feet of leader and now you have a Carolina rig that doesn’t slide but allows you to go back and forth. 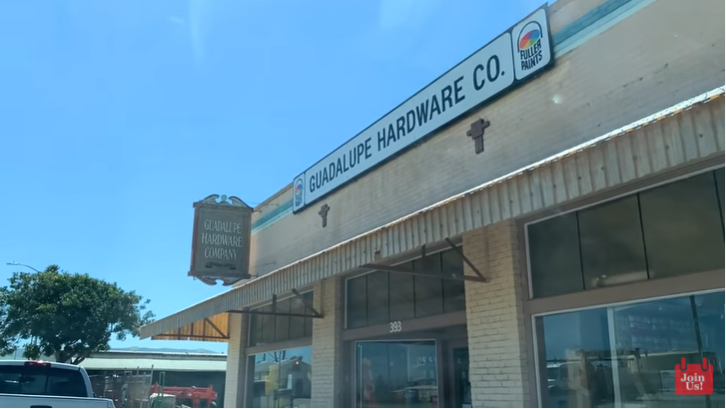 Bob showed us the crusties a year ago, but before then he was throwing them for years, even back when you had to get them at Guadalupe hardware, and no tackle stores had them. So thanks, Bob. He hooked it up with these packs. So we’ll give these sliders a shot.

Use a Straight Shank Hook

You’re gonna want a straight shank hook. That way, when you slide your crappy slider on there, it’s not going to have a kink. And with this method, you do want to use light line. I got six-pound tests on the leader but that allows the bait to move around very naturally. And you want to just keep your line tight, you don’t want to retrieve too fast, you just want to make sure your line is tight so that you can feel when that bite happens. Sometimes the way back can push it right into a hole and the fish just tend to grab it.

As with many fishing techniques, they do have their pros and cons. With this technique, as opposed to throwing the Calissa or Lucky Craft, you’re going to get a lot less quantity of fish, but your quality goes up. One big con is a lot of your fish are going to be small. So during this session, we were weeding through a bunch of small ones to get the keeper-sized fish. Now you guys see why we throw the lures a lot. As that breeze comes up, we want to be able to cast farther and it’s happening.

We catch a big one!

I think I might have a decent one, it’s got some weight. Wow, it’s the best one of the day so far. A keeper on the Carolina rig. Very nice fish it was awesome and of course yeah the wind is coming back up so let’s see if we can’t replicate that. We were on a good trend with that last big one and back to these little guys okay so way nicer one there, better one for sure.

It would be cool if the big ones were biting but can’t make them. Especially with this wind no way we would be able to get through these guys with Calissas.

Small baits definitely can be a problem. There’s a high likelihood for smaller fish to swallow them. But a bigger problem sometimes is when these fish swallow the whole thing.

It’s windy, it blew us off the beach again, but the major key was the Carolina rig. It’s not our favorite thing to throw but out of necessity was the only thing we had to throw. But that doesn’t mean that big fish won’t bite the Carolina rig or the crappy slider. See what you think. I got a few fish, not the big ones that we were used to.

But still, it’s better than a skunk. That way I can get a better connection with the fish. So I was ultimately really good. And thank you so much Mario for letting me use your one-and-a-half-ounce sliding sinker. That’s pretty much the only thing that worked today for me.

Hope you guys enjoyed it.